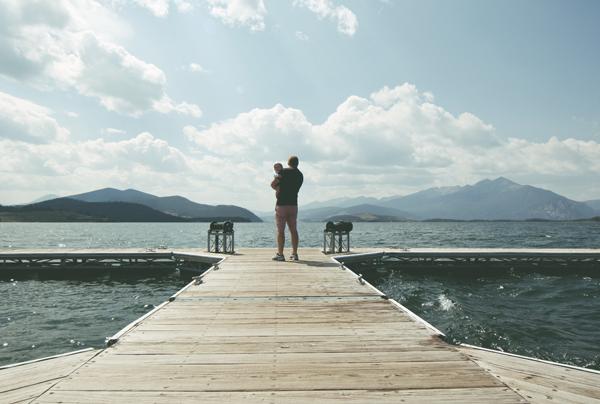 In his 28 seasons as the Nassau CC men’s golf coach, he won Three NJCAA championships and 24 Region XV titles.  He was inducted into the NJCAA Golf Coaches Hall of Fame in 1995.

Where are you from?
I’m from Long Island, New York. I retired and moved here because of the warm weather and better taxes [laughs].

What were you doing before you retired?
I was a professor at Nassau community college. I was a coach for multiple sports.

Do you have any hobbies?
Golf is my main hobby.

What was Paolo like as a child?
Paolo was always running and smiling. He never stopped. He’s always been giving, sensitive, and very friendly to anyone he came in to contact with.

Did he ever show early signs of his condition at a young age? Was there anything that concerned you?
No, it never occurred to me. We did not have the education and knowledge we have today.

How did you find out about his diagnosis?
He sat my wife and I down and told us that he had CTE.  He told us that there wasn’t a cure, which was very upsetting.  I’ve kind of been in denial about the whole situation because I refuse to believe that there is no cure. Tomorrow brings another day. It was a very difficult and sad time for us, but it was worse for him because he was very active prior to finding out about it.  I could no longer be in denial when the sports neurologist pointed out the areas of the brain that were damaged.

What is your outlook on it now compared to when you first found out?
I still have hope.  He found a cognitive psychologist who is helping him keep up the good fight and cope with the symptoms.  The biggest problem that we have is that he doesn’t have proper insurance. He has it, but it is not the ideal kind. The doctor is going to help us as much as he can but then again, he can only do so much.

What are some of the things that you do in order to help Paolo?
Paolo has his days when he’s feeling good, but a lot of the time it’s rough for him. We take him to all of the different doctors that he has to see. We help him with the appointments, write everything down, and drive him to most of the appointments. If he’s feeling good, we’ll let him go by himself. Although he can feel good on certain days, we still like to attend the doctor’s appointments, so we can make note of everything just in case his memory fails him.

What are YOUR coping methods? (Journaling? Therapy? Etc.)
I just know that I want to be there for him and for whatever he needs. My wife and I want to do whatever we can. We’ll do whatever it takes because that’s the only thing we can do.

What do you think about CPMHA? Do you have any recommendations for it?
Just like other individuals with the same condition: if there is anything that can get Paolo’s mind off of his migraine symptoms, then I am all for it. I would rather have him doing something than sitting around and feeling sorry for himself.

If you could make changes to the way the medical industry is being operated, especially when it comes to Paolo’s condition, what would it be?
When you look at the amount that the insurance companies ask for, it’s never what you’d expect. It’s always something unreasonable. People in this industry need to be more liberal as far as what needs to be done. If we don’t have the right paperwork or insurance, then help us get it. Take Paolo’s new neurologist as an example. Things are going to be expensive and there’s going to be a lot that needs to get done. In this society, there’s a lot of people looking for Medicare and Medicaid coverage. I just don’t understand why people can’t get what they need, you know? At least give them something. The only advice, and each case is different, is to have support. Don’t hesitate to give it if you see that it’s needed. Whether it’s friends, family, or a form of other support, you must have it. Individuals in Paolo’s case can’t get through it on their own. They need the support no matter what.