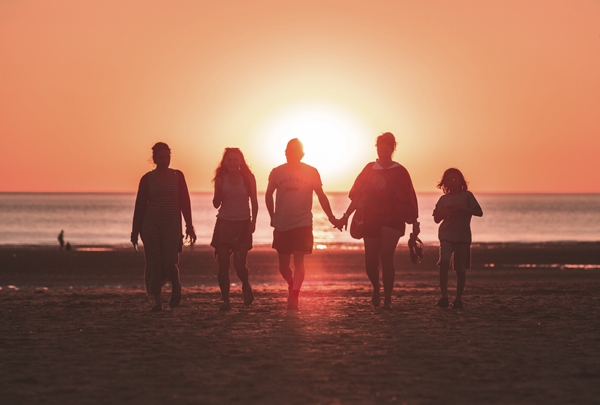 Where are you from?
Originally, I’m from Jacksonville, Florida, but I live in West Palm Beach. I’ve lived here around 20 years.

How did you meet Paolo?
This is really funny and ironic.  Paolo and I met through my old boss who is actually Alexander’s father.  At that time, Paolo was training his older brother, Teddy, with the goal of being an Ivy League quarterback.  I met him while he was doing that. I loved how he was good with kids and with his job as a whole, so we started talking and it went on from there. We’ve been together since April 2010, so that puts us at 9 years.

How did you find out about his diagnosis?
Without my knowledge, Paolo had a neuro-psych test done in early 2015. He went on his own and presented me with the results, which showed possible early signs of dementia or Alzheimer’s, but none of it was definite. Prior to even taking the test, Paolo had been mentioning to me over time the things he was experiencing, which were little things such as short-term memory loss, difficulty recalling information, severe migraines, and the like. More than a normal person would. Upon speaking to a few medical professionals, we were told it could be signs of TBI (Traumatic Brain Injury), which could lead to CTE (Chronic Traumatic Encephalopathy), but he could not be diagnosed with CTE until he passes, and even then, an autopsy would have to be done. We just knew he was experiencing a lot of pain, especially in his head, which we know now is his brain deteriorating.

What was your initial reaction? What is your outlook on it now compared to when you first found out?
I was stunned. I didn’t know what to do, and I had a lot of questions: Should I research? Should I attend appointments with him? Am I doing enough? Paolo assured me that this is his disease, his diagnosis, his problem. He didn’t want me heavily involved because he was the only one who could ultimately handle it. He assured me that he was capable of figuring things out and that he didn’t need me to do anything.

Eventually, I had to protect myself and my well-being through this process because it is easy to get overwhelmed in the research and trying to know as much as you can. It was very frustrating to hear that there was no cure. There are medications to slow the process down, but some doctors are even unsure of that. One of the neurologists Paolo sees mentioned a test that could officially diagnose it, but there’s still no definite cure.

Now that you have been accustomed to living with Paolo and his condition, what does your day-to-day life look like? (Walk us through a typical day)
I just take things day-by-day. I have a mindset of: “Okay, what’s next?” I’d say I’m a pretty independent person. My day starts at 5:45 AM. I let the dogs out, eat some breakfast and make sure Paolo’s medication is in order before I leave for work.

When it comes to his condition, his medication is my main job. It became too difficult for Paolo to read the labels and figure out which ones are which, so I check to see if he takes the right medication, and that he takes them on the correct days and times of the week. I also make sure the refills are done correctly, and that they are ready to be filled when he is running low. Sometimes Paolo has trouble recalling which slots in his week he has already taken from, so we have a system down to where he crosses off the days on a calendar to show him what he’s taken so far.

His dad handles a lot of the things that I cannot handle while I’m at work. He arranges appointments for trial migraine meds, epidurals, makes phone calls that I can’t get to, and he often takes Paolo to his doctor’s appointments. I am very thankful for all he does for us because it can be a lot.  This is truly a family disease because it affects everyone.

What are common daily challenges?
Now, I try my best not to obsess over it and ask myself a million questions. I often have to take a minute to relax because a lot of the conversations that we have, whether it is with doctors or between Paolo and I, are difficult and require a lot of patience. The littlest things can make a huge difference. Take CVS as an example. Most of the individuals within CVS weren’t patient or understanding with us and his condition, so we switched to a pharmacy in Jupiter because it was overall convenient—the staff, the hours of operation, and the operation as a whole.

You know, Paolo has handled this process quite well. Looking back on his story, I don’t know how he is able to continue watching contact sports. He sees it as a form of entertainment. I can’t anymore because of his condition. It tends to make me angry. His story amazes me. He’s seen so many things, places and stories. He went for it regardless in order to experience everything, and he never let anything stop him. I’ve never done anything like that. He says he would do it again because of all the good qualities that come out of playing sports like work ethic, teamwork, and leadership, etc..  He has used all of those qualities in business.

What are YOUR coping methods? (Journaling? Therapy? Etc.)
When I’m home, I walk the dogs or watch TV. There are days where I hardly see Paolo. He sometimes mixes his days and nights, and they tend to come in cycles. It tends to work for me because I’m such an independent person. I’m not needy. I’m not one of those people who needs to constantly socialize. I do enough of that at my job. When I come home, I’m normally exhausted so I like to enjoy the quiet and unwind. Even I have my days where my anxiety runs high and I have panic attacks, but I have my own medication for that, and I enjoy yoga to help ease the stress. Another thing that helps, is that I am a person of faith. I pray, meditate, and attend church, but that’s just something I sought out on my own prior to Paolo’s diagnosis.

What do you think about CPMHA? Do you have any recommendations for it?
I can’t really recommend anything because we searched for something that would be out there to support us through this tough phase and there was nothing out there.  It is amazing what Paolo and Alex are building for everyone.  I am sure with Paolo’s creativity and Alex’s support, they will put out something special.

If you could make changes to the way the medical industry is being operated, especially when it comes to Paolo’s condition, what would it be?
The biggest thing is awareness. Awareness brings more research, and research will bring people together in order to make change happen. Not many people know about TBI or even CTE. There hasn’t been enough research to find a cure. It has to be explored. I don’t know if there’s treatment or an actual cure. Most of the doctors we’ve seen don’t even know if the CTE medication is used for normal migraines. There’s a lot of uncertainty. Case studies are done, but they aren’t definite. A lot of medications bring a lot of unwanted side-effects. I feel like we’ve been stuck in the beginning stages of research. There’s been little progression since the day he learned his diagnosis. All we can do is navigate through it all and see what each day brings.