111 chronic traumatic encephalopathy (CTE) patients from a study evaluating American football players reported on their symptoms. As expressed in the graph below, many patients had significant neurological and/or psychological symptoms. It is important to note that physicians and researchers have not reached a consensus on the symptoms of CTE, however they are thought to be similar to those of patients with Alzheimer’s disease and Parkinson’s disease. 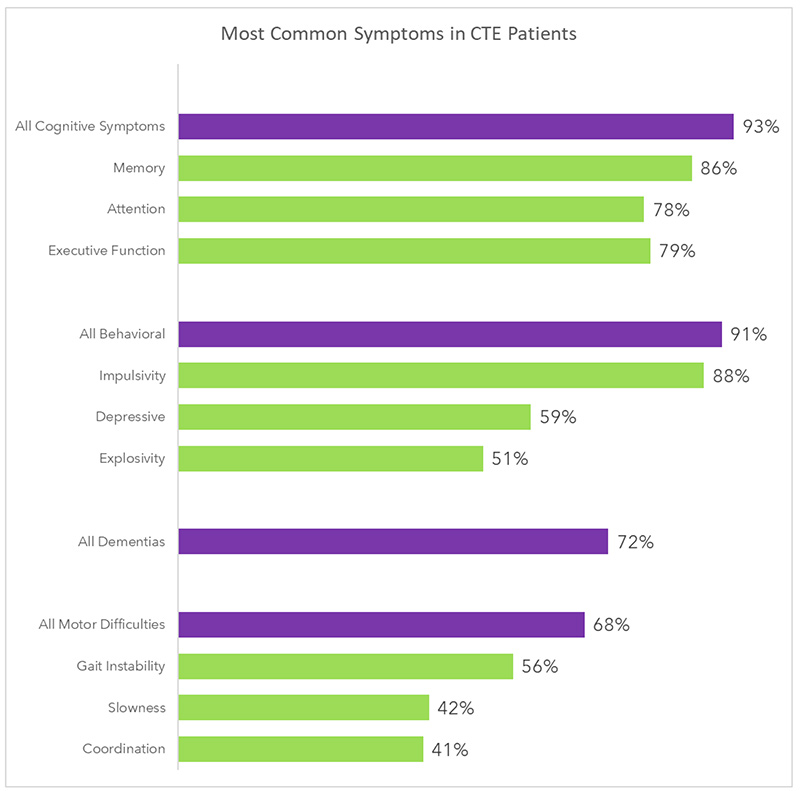 The graph below displays an evaluation of 60 patients who suffered traumatic brain injury (TBI) to determine the occurrence of psychiatric disorders during a 30-year follow-up. Another study by the National Institute of Health in 2019 revealed that approximately 1 in 5 individuals may experience mental health symptoms up to six months after traumatic brain injury, thus indicating the importance of follow-up care for these patients. 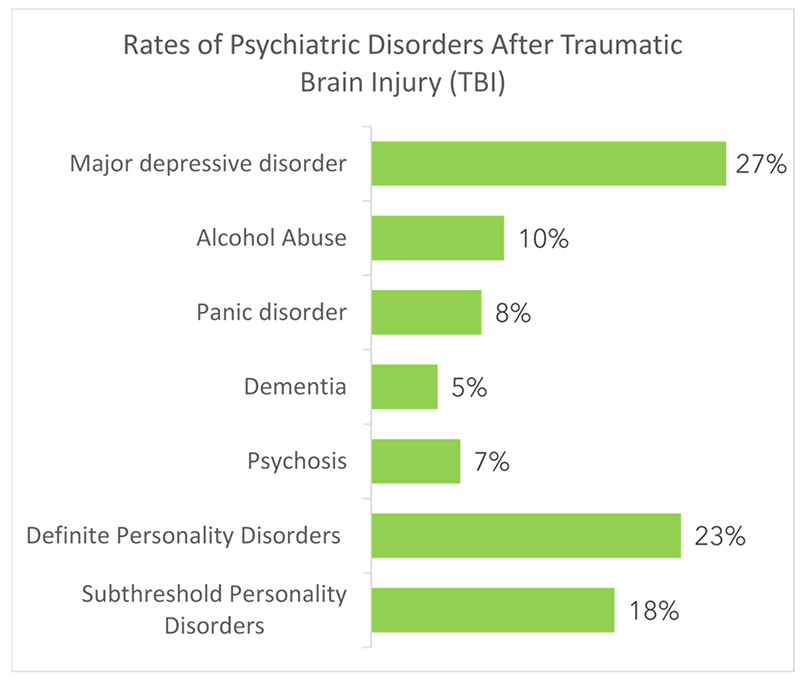 The graph below summarizes significant data from the National Survey of Children’s Health, in which parents reported on the diagnosis their child received from a healthcare provider. The 2016 survey also indicated that as many as one in six U.S. children between the ages of 6 and 17 has a treatable mental health disorder such as depression, anxiety problems or attention deficit/hyperactivity disorder (ADHD). Mental health in childhood means reaching developmental and emotional milestones and learning healthy social skills and how to cope when there are problems. 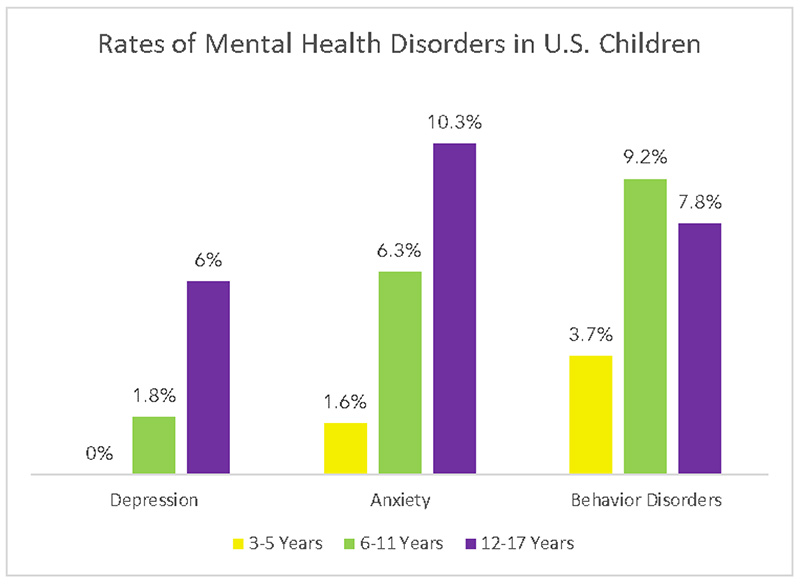