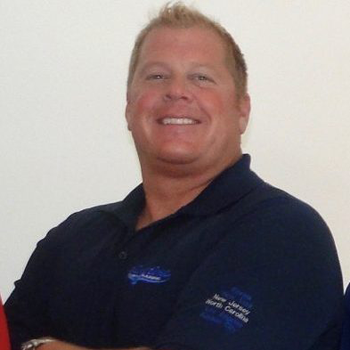 Paolo Dell Aquila, President and CEO of CPMHA, is a natural born businessman/entrepreneur and has been working since the age of 11. A jack of all trades, he has experienced many different professions and become acquainted with many disciplines. Today, and his final chapter of his life he is taking on the responsibility for his final project in endeavor. He’s focused on managing his symptoms and committed to helping others through an organic, non-for profit business model. Combination of coping strategies, Western & Eastern medicine, thae most up-to-date research and science, and community support.

As a young boy, he bounced between schools and struggled academically – he would later find out that this was due to a rare form of dyslexia “class A dyslexia”. He was diagnosed with this rare form while attending University in London in the early 1990’s. After receiving this diagnosis, his self-image slowly changed for the better; he discovers his strengths in storytelling, networking, mentoring, coaching, and problem solving.
Through many odd jobs in his early years, “hustling” as he describes it, he honed in on these strengths.

In high school, Paolo was a well-recognized athlete in football, rugby, boxing, and was the New York state wrestling champion; this is important in his story, as his extensive athletic background will affect both his physical and mental condition later in life. As a lifelong athlete,

Paolo has now dedicated himself to addressing the epidemic of Sports concussion prevention, managing physical pain injuries in sports and the mental health issues that may follow. He pursued a grandiose dream of filmmaking right out of college – though three of his screenplays were optioned by studio producers, none made it to the big screen. Here he learned the lesson that no matter how hard you work, or how passionate you are about your project, you always have to be honest with yourself and have a backup plan. He then moved back to Long Island, New York and founded PTST, Prime Time Sports Training. Though he had a passion for film, he realized his true talents lie within mentoring and coaching professional and amateur athletes. Here he found fulfillment in mentoring young male and female athletes, creating lifelong habits and making sacrifices to guarantee their success in life – on and off the field. Eventually he and his staff helped more than 550 students fulfill their dreams of playing sports in college, allowing them to continue their education and
access vital mentorship.

He expanded PTST to South Florida; all while simultaneously owning a restaurant/nightclub in Westbury Long Island, New York. After building a strong client base in South Florida, he opened a sports performance cafe, which eventually failed. As his Sports performance company started to expand into new territory, he knew his body was breaking down and begins looking for a retirement exit strategy. Passionate about philanthropy, he noticed a missing tool to help small grassroots non-for-profit companies excel. He creates a grant writing software program, titled “Simply Granted”. This busy lifestyle remains important in Paolo’s health and philosophy. People often asked Paolo when does he ever slept, and his answer was always, “I’ll get all the sleep I need when I’m dead”. Sarcastically but that phrase will come back to bite him. As a result of intense and abundant sports injuries, Paolo starts to show symptoms of a brain disease. None of the doctors could figure out a diagnosis, until he came in contact with a sports neurologist who was doing case studies on CTE. Based on his medical history, MRI and a neuropsych test. The doctors came to the conclusion that he was suffering from Post TBI/CTE and his brain was starting to decay. During his athletic years, he had over 36 concussions – and the number is thought to be higher based on today’s concussion criteria. Just as his software program is 90% complete, he loses everything. Starting from square one, he started to contemplate suicide so he could leave on his own terms, believing that this would preserve his dignity. He faces memory loss, suicidal thoughts, over 20 vicious migraines a month, seizures,
and chronic physical and emotional pain; as a man who once could accomplish anything, upon diagnosis, he struggles to do anything at all. Despite this, he never wants to feel like a victim; he faces the world with a smile. He is now writing his life memoir, titled “Tears from Above”, portraying his journey – the good, bad, and
the ugly. He is left with only two choices: give up before the cruel disease takes his identity, or continue despite his pain. He chooses the ladder start for now. Upon meeting Dr. Russel Bourne, Paolo evaluates his options and creates a game-plan for tackling life with chronic illness. He
identifies that finding a purpose is one of the most effective strategies for managing his disease and coping with its outcome; with the goal of helping others with similar journeys, the Concussions, Pain, and Mental Health Awareness National not-for-profit is born.

Using his storytelling strengths, he develops PaolosPodcast.com – an educational and entertaining broadcast featuring real-life stories and people, with the goal of informing the audience about mental health resources and coping issues, as well as career advice and mentoring. For the next generation of medical professionals through his top gun apprentice program. While helping patients find resources for Post-TBI symptoms and addressing the mental health epidemic,

Paolo also mentors college students through a unique internship opportunity. Granting them experience in their respective fields, he hopes to give them a professional edge upon graduation. Dedicated to transparency and honesty throughout his journey, Paolo strives to leave a positive legacy through mentorship and advocacy for those struggling with post-TBI and the mental health epidemic.

This is my medicine to my disease as I battle it. Having a purpose to distract the pain – Paolo Dell Aquila

This sounds easier said. Then done. I know this, but no matter how bad your pain is. If you can have a purpose outside of yourself. whether it’s given time to charity or taking on a passion project. This is the best medicine to battle the fear and pain of my disease. It’s the medicine that has kept me moving in a positive direction.

If you want to learn more about Paolo’s story, e-mail info@cpmha.com for his life memoirs, Tears From Above. 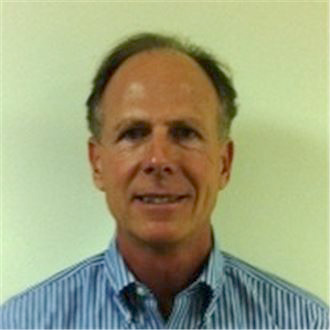 Russell A. Bourne, Jr., Ph.D. (University of Virginia) is proud to announce that he is now Vice President of the board of directors for Concussions, Pain, and Mental Health Awareness not-for-profit. Dr. Bourne is licensed by the Florida Department of Health (Psychologist # PY5579) and the Virginia Department of Health Professions (Clinical Psychologist #980). He is a past President (2011 & 2012) of the Florida Psychological Association, Palm Chapter and is currently on the Legislative Affairs and Public Policy Board.

Prior to coming to Florida, Dr. Bourne was on the faculties of RandolphMacon College and The University of Virginia. He served as Associate Dean and Director of Randolph-Macon’s Counseling Center and was President of the Virginia Ericksonian Institute, an educational training center for mental health professionals. Dr. Bourne has served as a consultant to the Florida and Virginia Judicial Systems, municipal law enforcement departments as well as to various businesses and the media. He worked with the Central Intelligence Agency for 24 years. A frequent presenter at national conferences, Dr. Bourne has authored more than twenty publications in the areas of psychotherapy, developmental psychology, alternative medicine,hypnotherapy, and psychodiagnosis. He recently produced the self-help audio CD series, Mindful Eating and Mindful Go!f. An avid sportsman and former marathon runner, Dr. Bourne is a licensed Coast Guard Captain and certified open-water/ nitrox scuba diver who enjoys golf, boating, surfing, and diving in his spare time. He and his wife, Nancy, a Presidential Award winning teacher with Palm Beach County Schools, live in Jupiter Inlet Colony.

“Be 15 minutes early to all appointments.”

“Be the first one in and the last one to leave” 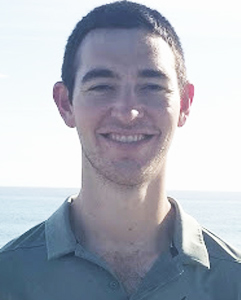 Alex started working with Paolo on the idea that became CPMHA in the beginning of 2019. Alex watched the movie Concussion when it first came out and was intrigued. He recommends watching it to better understand the story of CTE in the NFL and beyond.

Alex was a client of Paolo’s when Prime Time Sports Training was still up and running. Alex was 15 at the time and has since graduated from the University of Florida in 2018 and is now going to Keiser University to become a golf professional.

“Paolo coached me in the gym, at our respective houses, and about life. When we were together, we spoke our minds, laughed, and became quick friends. Paolo always treats me as if I am his own. Paolo is more than a mentor, he is family. I will always be grateful for his positive influence on my life.”

Alex’s Favorite Quotes:
“It’s all about moving in a positive direction.”
“Simplest is the Highest.”