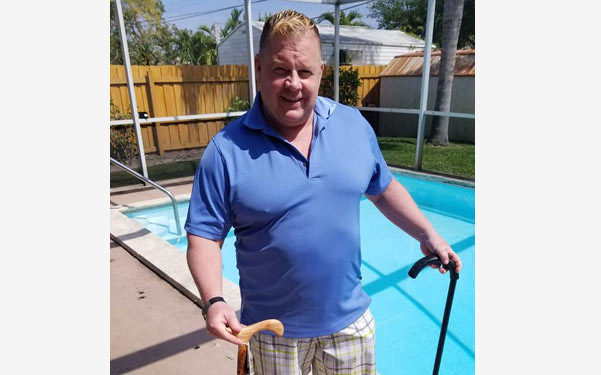 Paolo was directing his first spec AT&T commercial with Academy award-winning cinematographer Mauro Fiore while pursuing his dream to become a writer and director in Hollywood in his mid 20’s. At the same time, he was in the final stages of negotiations with a major studio to direct his first feature movie, “St. Charles”. In the final phase of negotiations, the deal collapsed. Paolo was devastated and fell into a depression. This was just one example of Paolo’s grandiose dreams almost coming to completion but falling a little short. This is a pattern in Paolo’s life story, which he describes in his life memoirs “Close But No Cigar”.

Paolo Dell Aquila, 50, is a former entrepreneur, sports performance coach and was an elite amateur athlete.  He played multiple contact sports. He was a New York State wrestling champion in the private school division during his senior year. He is a former rugby player and boxing sparring partner/human punching bag for pro fighters in Europe. As a part-time job, he fought bare-knuckle for extra cash in London while attending college.

Paolo is now suffering from brain disorders which he believes are a result of his time playing all of the contact sports listed above as well as from playing football in high school and for the London Ravens. He has had numerous concussions, as well as countless sub-concussive hits as part of routine practices and gameplay.  He was forced back into games and practices in an “inadequate amount of time” after receiving large blows to the head.